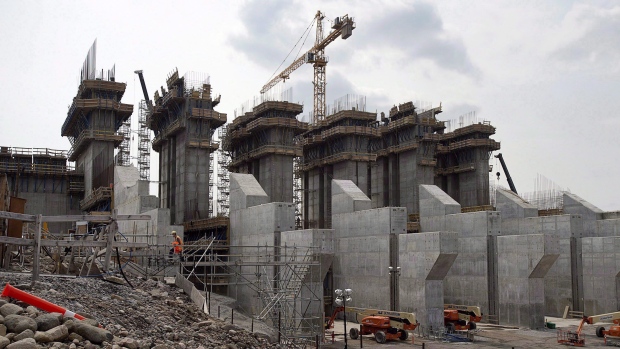 The construction site of the hydroelectric facility at Muskrat Falls, Newfoundland and Labrador is seen on July 14, 2015. (Andrew Vaughan / The Canadian Press)

A new study says a hydroelectric dam currently in the works in Newfoundland and Labrador could expose more than 200 Inuit people to excessive levels of methylmercury, the most toxic form of mercury.

The report was commissioned by the Nunatsiavut Government, which governs an autonomous Inuit area in the province, to look at the downstream impacts of Nalcor Energy’s 824 megawatt, Muskrat Falls’ hydroelectric dam on the lower Churchill River in Labrador.