This past May Day, autonomous/anarchist people of color held a contingent of about 75 people within the Sin Fronteras’ Immigrant Solidarity march. Although the contingent had a clear non-reformist and unapologetic stance about immigration, they spent the day in solidarity with those struggling against unjust labor and immigration policies. 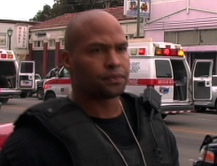 The mood of the march was joyous and celebratory. During the march, two Muslim anarchists spotted large men who seemed out of place and were paying too much attention to the group. One cop was snapping photos of the Muslims within the contingent. 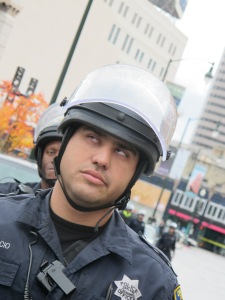 The Muslim anarchists confronted the men who were clearly undercover police, stopped them from taking photos, and with the support of the rest of the autonomous/anarchist contingent sent them on their way with chants of “Pigs Out!” and “Pigs are Haraam!” Embarrassed and exposed, the two undercover officers slipped away through the crowds watching the spectacle.

From Oakland to Istanbul, pigs are haram!

3 thoughts on ““Pigs are Haram!” – Undercover Police Confronted on May Day”